The NACHP represents the interests of the general public in the education and training of counsellors, hypnotherapists and psychotherapists.

The NACHP (National Association of Counsellors, Hypnotherapists and Psychotherapists) is the only registered charity in the UK that represents the interests of the general public and all three professions of clinical psychotherapy: counselling, hypnotherapy and psychotherapy.

The aims of the NACHP under its charitable status are:

‘To advance the education for the benefit of the public by the publication of knowledge and best practice in the area of clinical psychotherapy and associated health care.’

Our mission, in this regard, is:

Our Board of Trustees 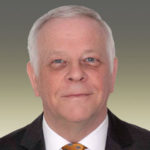 James is the Chair of the NACHP and was appointed in 2003. He qualified as a clinical psychotherapist in 1995 and ran a highly successful practice. James’ experience included mentoring and workshops led by the world-renowned clinical psychologist Dr Michael Yapko PHD, the former International President of the NACHP. James is also one of the UK’s leading business advisors, specialising in sales, marketing and branding and has written an international best-seller on the subject. He conducts workshops for therapists looking to grow their professional practice. 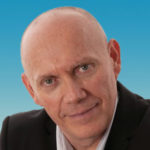 Chesley has an impressive background in counselling and therapy and is the author of Choice & Change – how to have a healthy relationship with ourself and others. Ches (as he likes to be known) runs his own company, Growth  Performance Solutions, presenting workshops for companies and executives that provide a four-step high-impact method for the management of work-related stress. He is an engaging public speaker, and has been featured in the media including the BBC and printed publications. He has also given presentations globally, including Canada, Caribbean and the Middle East as well as the UK. 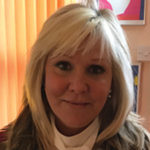 Gill (as she likes to be called) is NACHP’s Head of Training, Supervision, CPD and Member Development, ensuring that Members are qualified to practice whilst undertaking continuous professional development. Prior to her appointment to the Board of Trustees, Gill had been a long-standing and very supportive Member. Gill began her professional practice in 2000 and now operates two highly successful counselling practices in Kent. She is an integrative NLP psychotherapist, relational counsellor, supervisor and trainer and offers short and long term therapy to adults and couples. 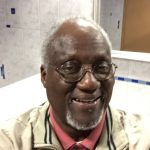 Dr Apaloo was one of first Trustees to be appointed to the Board in 2002. Francis has a background as a General Practitioner based in Blackburn, Lancashire. He worked in both his own private practice Primary Care Par Excellence and also assisted as a locum GP at the Rawtenstall based St. James Medical Centre. He is now CEO of the Francis Apaloo Foundation and a biological/cold laser therapist. Dr Apaloo has been our eyes and ears in keeping the NACHP updated on medical issues and will continue to assist us in ensuring that our medical – as well as complementary – frameworks are adhered to.